From sewing in Tamatea, to teaching women in India 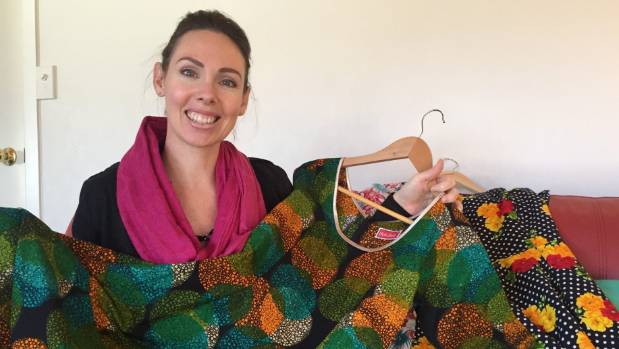 Holi Boli founder Ana Wilkinson-Gee with some of her company's designs.


In 2010 Ana Wilkinson-Gee and her family moved to India.

To reach their home in Bhalupali, a small village in central Odisha on the country's east coast, the family of five fly into Kolkata then take a 12-hour train ride south.

Here she runs a small clothing company called Holi Boli and sewing classes to upskill women in the rural area.

Wilkinson-Gee's journey to India began as a child.

"Since I was eight-years-old I've had an interest in India," she said. "I went to Tamatea High School, but I really went to school just for sewing class."

She then moved to Christchurch and studied at the city's Design and Arts College.

Growing up between the Solomon Islands and Papua New Guinea she watched her parents use their skills to better the lives of people around them and wanted to do the same.

Before moving to India with their three children, she and her husband visited an orphanage they sponsored in Bhalupali.

They adored the area and in 2010 moved there with their three children, now aged between eight and 15.

"These are particularly good for where we are because the power is on and off like a yo-yo."

Women in the area often received little or no schooling and worked in construction, rolling cigarettes, or producing and caring for children.

She set up the classes to provide skills and options.

"The classes start with the very basics, in the first class we start with how to use scissors."

They go on to learn a set of skills, make patterns, then sew garments.

"It's not just about teaching them a skill, but empowering women," she said. "They leave after the four months with their heads held high. For many of them it's the first certificate they have had in their lives."

They now have 15 machines, take 15 students at a time and have trained 120 women.

Many have gone on to start their own businesses, work for local tailors or Holi Boli which employs five graduates.

Holi Boli sells clothing online or creates custom lines for retail stores. The products are sustainable and ethically made with funds from each purchase used to help to support the classes.

Her husband also runs a training course for teachers and an early childhood centre, while her children attend a local school. But they all look forward to New Zealand holidays.

"When we left India it was 47 degrees. It's good to come back and get cold," Wilkinson-Gee said.